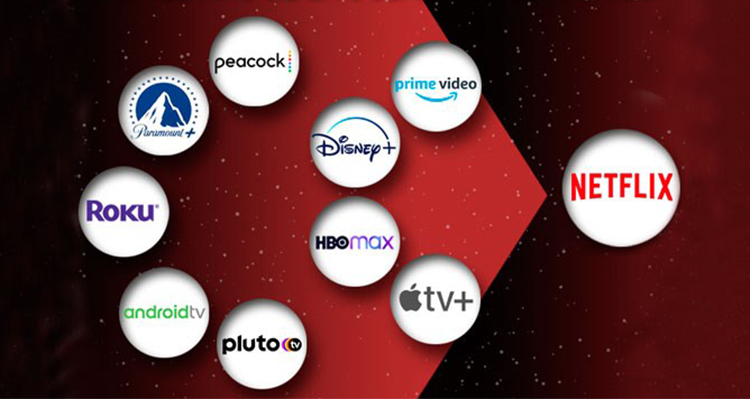 The launching of multiple streaming services (OTT’s) in the recent past, and the announcement of additional competition from other entrants in the near future, might turn into a nasty war for the attention of the audiences as soon as the challengers discover that there is no room for all of them to be successful.

So, somebody will have to be the loser for others to thrive. And, no one is currently willing to resign market share. Let’s have a look at the current landscape, with a worldwide approach from a Latin American viewpoint.

Netflix’s promise to release “one movie per week” during 2021 might seem to be more of an extension of its policy of shortening the length of shows than a threat to Hollywood. Reckoned as advertising, it sounds like an achievement. From a production point of view, it is simple. In terms of production hours, Season One of a series such as Finnish #Karppi (#Deadwind) runs over twelve episodes of about 48’, the equivalent to six feature films. Amazon’s Prime Video counterattacked announcing 15 new series and five original movies to be produced in Mexico alone in the next three to five years.

Ideas for all these projects are not in short supply: linear TV and streaming company content executives are constantly approached by rookie script writers with ideas they suggest be put in practice. Statistics indicate that only one out of every 1,000 «cold» (unsolicited) proposals is approved; the success ratio increases to 1 in 400 at a formal contest or when the author is known to the studio. Regarding financing, many current TV series have production costs exceeding those of movies; therefore, that’s not a problem, either.

However, Netflix’s biggest threat to Hollywood is that it applies the Silicon Valley business model that maximizes audience rather than work on segmenting revenue. The challenge for its Hollywood-related competitors is the face having to survive on previously unthinkable terrain: admit a fall in profits from movie theaters and linear pay TV that will at least partially offset the addition of D2C (Direct to Consumer) revenues.

The second Netflix’s threat to Hollywood is its algorithm. It identifies about 2,000 plot situations and weighs their acceptance by users. You might think that it could be also used to generate «new» «original» content, combining in a plot several of those situations that users like most. Such application of the algorithm by Netflix has been suggested in a November article in New Yorker where Kyle Chaike wrote about ‘Environmental TV’ by referring to #EmilyInParis as an assembly of everyday situations («artifact») with which the public should feel identified. According to Chaike, “Ambiental TV” (which recalls the concept of background Muzak music from the 90s) ‘does not require attention to be enjoyed’. If the current struggle of the media is for the ‘attention’ (not just time, due to ‘multitasking’) of the audience, it is a development to consider. ARTE France executive Bruno Patino, based on Google data, estimates that “millennials” average an attention gap of nine seconds.

Why does Netflix showcase movies? In addition to the smaller effort it represents, it could be thought that it is getting ready for stern competition from Disney+, which has announced 70 new releases for 2021 and is seen by many as its main future competitor. It is frequently said that, in the long-term, Disney could displace Netflix from leadership, if it successfully produces content for 18+ viewers. Today, Amazon’s Prime Video is Netflix’s biggest competitor, its subscriber base being driven by purchases on Amazon, where you get a $ 99 annual subscription when buying something else. Apple has the same strategy, but people buy less smart phones and computers than shoes, a Jeff Bezos benchmark.

In the States, Hulu is another considerable rival. An OTT designed by the Hollywood studios as a counterpart to Netflix, it has, due to differences in criteria between its original partners, been absorbed by Disney as controlling partner with NBCUniversal, controlled by Comcast, as a minority partner. Along the way were left 21st Century Fox, now owned by Disney, and TimeWarnerMedia, now owned by telco AT&T. No international expansion is expected for Hulu, since its owners have their own services against which it would compete. As of December 2020, it reported 38.8 million users.

This short-term definition leaves controversy open regarding the rest of the players’ that require a significant market share of the global streaming business to be deemed successful. And, it underscores another issue: the future of ‘Connected TV’ through Smart TVs, which already represent 40% of the sales of television sets, and devices such as Roku’s, which has reached 50 million active accounts and allows you to tune into both free OTT channels (AVOD, such as Pluto TV) and, paying the subscription, to paid On Demand services (SVOD).

Most major linear pay TV groups of the last decades have launched or are working now to launch an OTT carrying their brand this year; some are planning a tier. AT&T, through its TimeWarnerMedia division, which includes Turner and HBO, is relaunching HBO GO as HBOMax and has a particular challenge: increasing the number of subscribers yet maintaining a high price, on the order of $ 16 a month vs. a 6-12 average among its competitors. Apple’s strategy is more convoluted; it is entering a field that might eventually collide with its legacy. Comcast, which owns NBCUniversal and Telemundo, is launching Peacock. ViacomCBS, in addition to the free service Pluto TV, launched Paramount +, replacing CBS All Access, which had about 18 million users at the end of last year; it also includes content from Showtime, a premium channel that has been competing with HBO in recent years. Discovery+ has signed agreements with telcos such as Verizon and Vodafone, devices such as Roku, Amazon Fire TV and Android TV that make their way in the area of ​​“connected television”, SmartTV television sets capable of receiving video images by Internet without an external device.

Of course, there are regional and local services competing in each several countries, such as Televisa’s Blim and Cinépolis in Mexico, Telecom’s Flow in Argentina, and Globo Play in Brazil. And, telcos such as Mexican América Móvil, Luxembourg-based Millicom  and Spanish Telefónica Movistar; some offer video content free to phone subscribers as an added value or user retention tool. Telefónica recently announced a retreat from most Latin American markets, with the exception of Brazil, in order to reduce its corporate debt, but will take some time because exit deals will probably be signed country by country.

Last but not least, we have the “independents”. According to figures from consultant Dataxis, in Latin America there are about 300 local and regional streaming services, offering specific content in some cases (such as Teatrix with theatre plays from Argentina) or appealing to market opportunities that they think are loopholes left by large companies. Parts of these “independents” are broadcast TV stations or networks that aim at local population outside their primary coverage zone and, increasingly, “expats”: people of their country now living in other countries. Latin American nationals or descendants interested in what is going on in their native country on a daily basis and are a prime target for these services.

The problems faced by the “independents” are –among others– difficult collection process due to the low banking (possession of debit or credit cards) of their potential users; huge collection costs through third parties, and a high rate of «churn», the percentage of users who cancel their subscription every year. This value, in the order of 18% to 20% among the market leading OTTs, rises to 40% to 50% among the “independents”. Many of them do not resist and suspend their service, being generally replaced by others with a new load of optimism.

The possible entry of European players and even eventually Asian services that want to compete in Latin American markets should be added too, to this multiple regional and pan-regional. These ventures would be added as a marginal expansion to their operations in Europe, Asia and Africa, their disadvantage is that they know less about the region than the U.S., based and native OTT’s and, therefore are more subject to failure.

The practical result is that, throughout 2021, in most of the Latin American pay TV market, be it linear —“cable” and “satellite”— or ‘on demand’ (AVOD, SVOD) there will be between ten and fifteen streaming offers. These will compete for a place at households which attend 2020 paid for an average of four OTTs, compared to the 3.5 admitted as average at the end of 2019. That is, a strong excess supply is foreseen, no matter how much demand may grow this year.

This excess in supply has turned out to be a kind of blessing for the cable and some satellite operators that in the last five years have taken on the role of content “aggregators”, offering their subscribers access to streaming services as if they were channels, within its programming offer. To this effect they sign agreements with the OTT’s, keeping part of the additional payment that is received, a scheme similar to that of «premium» channels such as HBO or those that were from Fox and will now be Disney’s Star.

To Netflix and its competitors, the great advantage is that they gain access to hundreds of thousands of users who already consume content, and also the belief that the transmission quality of their signal will be taken care of. In this way, the cable operator that offers video content for decades now becomes a provider of connectivity. In the region, Uruguayan businessman Javier Ruete has pioneered the concept ‘the important thing is that the user does not leave our platform’ and he maintained it at a time when many of his colleagues discussed, at the meetings of the defunct Tepal association, the way they have to be able to charge the OTT’s for the use of their networks to convey their signal.

Although it is frequent today to hear assertions about the ‘decline’ of linear pay TV in terms of direct subscribers, data indicates that, at least in Latin America, such decline has happened in few countries, particularly Brazil, where the business of linear pay TV is in the hands of the telcos –who, it could be speculated, do not understand the pay TV business. In other markets —such as Argentina— the subscriber base has remained stable or suffered slight declines —Mexico, Chile— such as consequence of increased possession of smart phones, with is now owned by above 70% of the population. The key to survival is that many cable operators offer local channels with news and commentary that are not available from the nationwide services or free TV stations located in larger cities. And, most large cable systems also offer at reasonable rates the Internet connectivity required to access the streaming services; most clients find it convenient to retain them as providers. 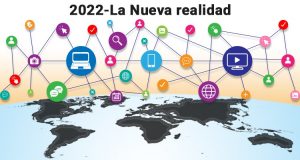 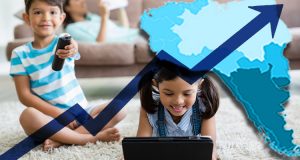